SAVE THE DATE: 2022 MSHA Convention

Call for Posters Now Being Accepted 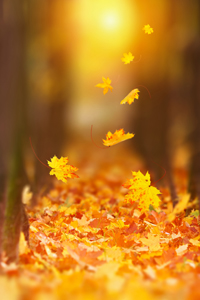 Did you miss the Workshop on October 16?
Watch recorded sessions today!

Audiology and Speech-Language Pathology Interstate Compact Information
The Audiology & Speech-Language Pathology Interstate Compact (ASLP-IC) facilitates the interstate practice of audiology and speech-language pathology while maintaining public protection. ASLP-IC i [Read More]
OSEP released document concerning implementation of the IDEA Part B provision of services during COVID-19
The Office of Special Education and Rehabilitative Services’ Office of Special Education Programs (OSEP) released a Q&A document in response to inquiries concerning implementation of the In [Learn More]
Missouri Guidelines for School-Based Speech-Language Pathologists
The MSHA Handbook has been revised and is available for your viewing. [Read More]
US Department of Education on COVID-19
The US Department of Education has just released some information that provides guidance that pertains to students being served under IDEA during the COVID-19 outbreak. [Please review this information and frequently check the MSHA and ASHA websites for information.]
Medicare Reverses Incorrect Edit
MSHA knows that there have been concerns raised around CMS’ 2020 edit that did not allow same-day billing of 92611 (modified barium swallow study) and 74230 (radiologist charge). [Read More]

Mizzou’s NSSLHA chapter and social media chair, Brooke Cirenza, are here to share information with us!

Alzheimer’s Disease impacts memory, thinking, and behavior. It is the most common cause of dementia, affecting over 5 million Americans. Alzheimer's is progressive, meaning it worsens over time, and people typically live an average of eight to twelve years after diagnosis. There is currently no cure for Alzheimer's, but there are memory walks all over the country that the Alzheimer’s Association puts on to raise money to fund research for a cure and to support the patients and loved ones of those who suffer from Alzheimer’s Disease. You can find other ways to donate and support those who are affected by Alzheimer’s Disease right on the Alzheimer’s Association’s website posted below: www.alz.org/about ... See MoreSee Less

On October 16th, the MSHA Fall Workshop was held via Zoom. We were able to hear from several great presenters on a variety of topics. If you were unable to attend or would like to refer back, the sessions were recorded and will be available for viewing until the end of January!

Stuttering is often a misunderstood communication disorder; however, it is described as a speech disorder involving frequent problems with the fluency of speech. We hope this post has helped you become more aware about stuttering! If you want to learn more about stuttering, you can find more great information at: www.asha.org/public/speech/disorders/stuttering/
westutter.org/myths-about-stuttering/
www.stutteringhelp.org/ ... See MoreSee Less

Thank you to Missouri Speech-Language-Hearing Association for donating $655 that was raised during their annual convention through their cares initiative. Christi Baker stopped by Wonderland Camp and presented the check to Jill Wilke, Executive Director. Thank you for supporting our mission! ... See MoreSee Less

Check out this message from the American Academy of Audiology!

During National Protect Your Hearing Month this October, encourage your family, friends, and colleagues to practice healthy hearing habits such as wearing hearing protection so they can enjoy the sounds they love for a lifetime. Recognize the importance of hearing health with the National Institute on Deafness and Other Communication Disorders, and the Noisy Planet educational program: bit.ly/3lVCKmD

Information & photo from: the National Institute on Deafness and Other Communication Disorders. ... See MoreSee Less